Fally Ipupa- considered by many his Generation’s Phenomenon. His last album “Takooos” is a hit. Although far from his usual music genre, Fally shows his exceptional talent by combining different types of music with his smooth voice. His aim: conquering new markets and fans. He achieved just that with his single “Kiname”.

Fally Ipupa né Fally Ipupa N’simba born on December 14th 1977, is singer, songwriter, dancer, philanthropist, guitarist and producer from the Democratic Republic of Congo. He was part of the music band Quartier Latin from 1999 to 2006

His music style which mixes well with his silky smooth voice makes him one of the best artist of his generation. He is known for being able to mix Congolese rumba with hip-hop however his main music style remains Congolese rumba.

Takooos — is his fourth album. It was released July 7th 2017. This album displays Fally’s ingenuity when it comes to making phenomenal music by mixing different styles. Takoos was recorded in Paris, France from 2015 to 2017. It has eighteen songs. “Takooos” refers to the Congolese word “kitoko” which means “beautiful”.
This album received lots of attention from the media and his fans alike as it is very different from his usual type of music. It displays a mixture of R&B, Rumba, Afropop and Rap. As such, it contains collaborations with various French artists such as Booba (song Kiname) as well as American artists such as R.Kelly (song Nidja). Although usual, Fally created this album with a specific goal in mind: modernize his style as well as conquer new markets and fans.
A goal well attained thanks to his single “Kiname” with Booba — 17 millions (international) views on YouTube, the song spats rhymes like no other which helped Fally conquer the rap industry and make his name known to those who didn’t know him.

The song “Eloko oyo” which means “that thing” is by far the best of the album. 14 millions (national) views however. Yes,14 millions views only from the “fans next to his home”.

I’m singing about music because it brought me everything. Music gave me what I am today. I travel and I go places throughout the world thanks to music — Fally Ipupa, radio interview.

The original song was sung by artist Yves de Mbella (a woman), it was about sex.
You can find out more about Fally Ipupa by following him on his social media accounts.
Youtube, Facebook, Twitter, Instagram. 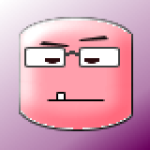 0 thoughts on “Fally Ipupa – The Phenomenon ”