A sample of Angola´s agricultural potential has been on display since Thursday in Seoul, South Korea, at the 2022 Import Products Fair, organized by the Korean Importers Association (KOIMA).

Seoul, South Korea (SN) | According to a statement from the Angolan Embassy in South Korea, which has reached ANGOP, the country is participating in the fair with an exhibition of national products such as coffee, beans, baobab fruit, toasted cassava flour, white maize, as well as some brands of drinks, especially the beers Cuca, Nocal and Cazengo and also some Blue brand soft drinks.

In the space reserved for Angola, besides the flag, one can also find some brochures with information about Angola, its economic potential, business opportunities, main reforms underway, as well as magazines produced by the Diplomatic Mission, with emphasis on the third quarter 2022 edition, focusing on agribusiness, with the focus on revitalizing the coffee market.

The fair takes place under the motto “Back to Business” and aims to serve as a platform for laying the foundation towards the recovery of the South Korean import sector in post-COVID-19 time and facilitating trade in South Korea by connecting international exporters with the Angola.

The said exhibition, sponsored by the South Korean Ministry of Trade, Industry and Energy and the Korean Trade Investment Promotion Agency (KOTRA), is the only trade fair specializing in imported products in this Asian country.

According to KOTRA, about 60 countries, including Tanzania, Zambia, Ivory Coast, South Africa, Ghana, Portugal, Russian Federation, China, Philippines, Indonesia and Ukraine are also present in this exhibition with their most representative export products. South Korean importers, such as Lotte Mart Group, are also participating in the exhibition to promote imported products.

The venue also has a promotional spot for Expo 2030, which is expected to be held in Busan Metropolitan City of South Korea in 2030, and a Qatar World Cup Promotion Hall.

The opening ceremony, chaired by the South Korean deputy minister for Trade, Industry and Energy, Kim Tae-ho, on Thursday (23 June), was attended by over 80 leading individualities from the country, and ambassadors from 40 countries accredited to South Korea, including the Extraordinary and Plenipotentiary Ambassador of Angola, Edgar Gaspar Martins.

South Korea´s main investments in Angola are the farm projects in Lucala Municipality of the northern Kwanza Norte Provine, the cotton farm in Sumbe Municipality of Kwanza Sul (centre), and the project to Boost Police defence and security. South Korea is an important destination for cooperation relations between states, particularly in information technologies and the naval and car industries. 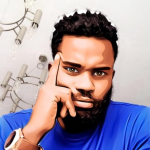 3 weeks ago Jessica Cardiny
We use cookies on our website to give you the most relevant experience by remembering your preferences and repeat visits. By clicking “Accept”, you consent to the use of ALL the cookies.
Do not sell my personal information.
Cookie SettingsAccept
Manage consent

This website uses cookies to improve your experience while you navigate through the website. Out of these, the cookies that are categorized as necessary are stored on your browser as they are essential for the working of basic functionalities of the website. We also use third-party cookies that help us analyze and understand how you use this website. These cookies will be stored in your browser only with your consent. You also have the option to opt-out of these cookies. But opting out of some of these cookies may affect your browsing experience.
Necessary Always Enabled
Necessary cookies are absolutely essential for the website to function properly. These cookies ensure basic functionalities and security features of the website, anonymously.
Functional
Functional cookies help to perform certain functionalities like sharing the content of the website on social media platforms, collect feedbacks, and other third-party features.
Performance
Performance cookies are used to understand and analyze the key performance indexes of the website which helps in delivering a better user experience for the visitors.
Analytics
Analytical cookies are used to understand how visitors interact with the website. These cookies help provide information on metrics the number of visitors, bounce rate, traffic source, etc.
Advertisement
Advertisement cookies are used to provide visitors with relevant ads and marketing campaigns. These cookies track visitors across websites and collect information to provide customized ads.
Others
Other uncategorized cookies are those that are being analyzed and have not been classified into a category as yet.
SAVE & ACCEPT
%d bloggers like this: